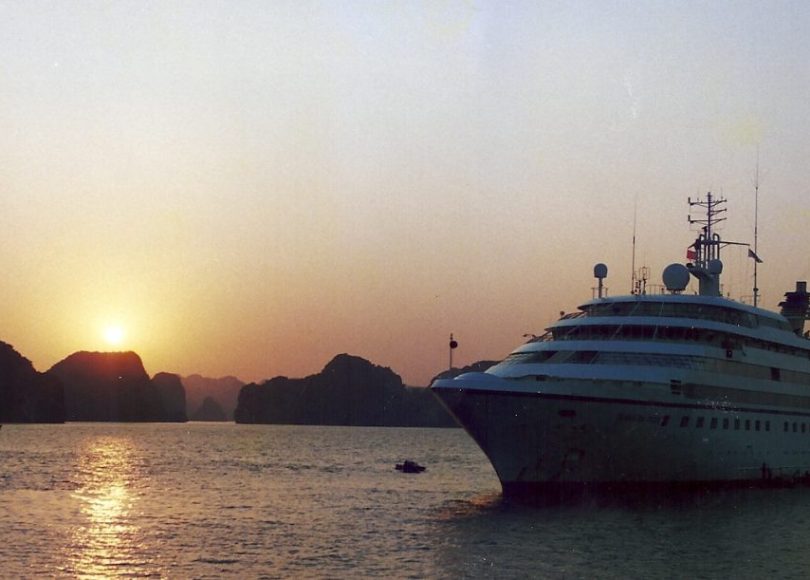 The date is 19th of October, 1995.
As I walked up the gangway on M/V Seabourn Pride, in Piraeus, I was greeted by the Second Officer whom I was supposed to replace (relieve) as he was soon going on vacation. But first we needed an overlap, or a “handover period” in order for me to understand what my new job on this particular type of vessel included.
I was given two weeks to “shadow” the off-signing Second Officer, whom gave me a very good handover, for which I am forever grateful for. Thank you very much the professional handover Arild Oanes (if you read this).

Arild Oanes (background) and myself.
So off we went, from Piraeus, my first ever port with a non-military ship. And I had no idea what was laying ahead of me, or that I had landed my dream job for that sake. I would of course realise that later in my career. Because this job would for the next 25 years bring me to more than 100 countries and numerous (lost count) of exciting ports. I think I have landed on 125 or 126 countries in my life.
But first we would do cruises in the Easter part of the Mediterranean the first weeks of my trip. With ports like Mykonos and Santorini (Thira) the first few days, later in the week Crete and Rhodes in Greece. Then off to the “Turkish Riviera”, where we would visit Antalya, Kusadasi, Bodrum, Fethiye, and Analya.
Talk about exotic places for a Northern-European!

Santorini with the famous white houses on the cliffs.

Aghios Nikolaos, Crete. A typical scenic Greek port.
The last part of this long cruise also included a visit to Cyprus, as well as a stop in Haifa in Israel.
Then we finished off with a stop in Port Said in Egypt. And we ended up in Alexandria in Egypt, where we had a so called turnaround, which means we are changing (most of) the passengers, bringing onboard supplies, and also changing some crew. What a first 2 weeks this had been. And it had just barely started, because the next cruise would take us from Alexandria through the Suez Canal, into the Red Sea and the Indian Ocean, with plenty more destinations.


But first, before we sailed, we needed a pax drill. For those of you that have been cruising before, you know what this is. Pax is Passengers, a word used in most of the travel industry. The Pax drill is a Safety and lifeboat exercise, where everyone (normally only newly arrived Pax) is lined up at their Muster stations, where they are counted and given safety instructions. Almost as on the air planes, but a bit longer and more detailed info. This drill is compulsory to attend.
Then it was full standby for Officers and crew on the Bridge and in Engine Control room. And of course the Mooring decks for and aft, making ready to cast off and set sail as they say (with engines).

A Deck Officer (that is me) on the mooring deck operating mooring winch.

A sailor (Deck hand) handling mooring ropes and heaving line.
We have special maritime Pilots onboard during a transit of the Suez Canal. These pilots do very little except being the link between us and the local authorities. Nevertheless an important job, in case we get problems. Because there are still plenty “pockets” around the globe where they don’t speak good English yet.
And as we all know, the alternative to sail through the Suez Canal is to sail all the way around Africa, so it saves us several weeks.
The Suez Canal is by the way not that exciting. Maybe in the beginning when we sail past smaller towns and villages, and I remember I saw a lot of military installations, and lots of burned out equipment from the most recent conflict in the region.
But after a short while, there is just sand, sand, and more sand for a long long time. Only interesting we see are the other ships, all kinds of types, passing us the other way, also in a convoy. Because we all must sail in convoys here. 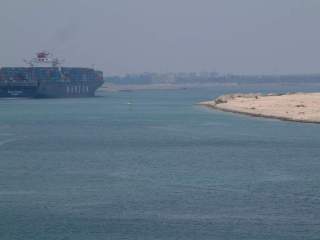 A couple of the hips from our convoy. 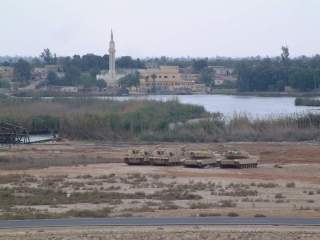 Military material lined up. And a War memorial out in the desert.
As soon as we had entered out into the Suez Gulf, the Pilots left us, and we could continue on our own heading southwards to the Red Sea where our next port was. That port was Safaga (encircled on the attached map below), a small town (prox 40 000 people) with a fairly busy port with plenty of ferries that cross the red sea with mostly pilgrims.
But we stopped here for 2 days because several of the Pax had booked so called overland tours (extended tours) to see the Pyramids.

Safaga, small town with a busy port located in the Red Sea.
And after Safaga, we headed for a tiny place called Djibouti for a pit stop to fill bunkers ONLY. Because this country is very poor but is strategically located as a service port for shipping passing through the region.
This place gave me my first real eye-opener about how people in so called less developed countries can live. To see this poverty first hand was a real shock for me, and a lesson learned which I still to this day remember.

The next ports would be in the Indian Ocean, where we would visit places like Tanzania, Kenya, The Seychelles, The Maldives, Madagascar, Sri Lanka, and India, before we entered South-East Asia.
Dream job? I think so.

The new kid on the block.