I have noticed that I have over the years starting to lose interest in sports in general. I am talking about watching it of course, since I do not do any myself, since I played football at young age. Seems to me that whatever it is within sports these days, it has become more and about the money. I am getting sick and tired about it.

To make the matters worse, in my eyes, the athletes (if they can all be called that), also seem to suffer from serious cases of narcissisme. They all, most of them, seem to be very much in love with themselves these days. This self-digging behaviour makes me really become put off. Such a turn off watching these Peacocks showing off their hairstyles and tattoos, acting like they are some sort of Gladiators from the past.

The different types of sport have their own characteristics when it comes to how cynical and off-putting they have become. This might be the way the athletes act on and off the games. Or what they are paid. Or how their particular sports are being “Pushed” on people in general. The entire concept of Sports are getting more and more tarnished by all this. Are there any professional sport left which has not had  any scandals? Corruption has long ago crept in  to most sports as well. Greed is the first  word I  think  of when it comes to professional sports. 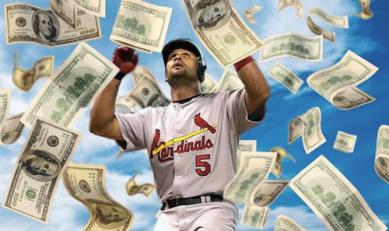 The way the organizations manage to push the sport towards fans and tv viewers are absolutely sickening. Anything goes when it comes to making sure most people as possible are exposed for all the hype and the Public relations stunts. Anything to make a buck? Yes, anything goes these days. Sure, they need to “hook” as many as possible, in order to pay their star athletes and still make a huge profit as owners.

Unfortunately is is not that easy to give up on something one liked since early age. For me, it is Soccer (the real football). I played when I was young, and have a favorite team, with favorite players of course. Just like most of us. Unfortunately, my team and players have also long been exactly as I describe here, which hurts a little bit. No team or individual professional is outside the money circus anymore.

But is it easy  to give up? No it is not. Watching sports are addictive, since we humans are competitive in nature. I can only guess that the Greed which comes with it is more a modern human thing. Or maybe not. Nevertheless, I am getting sick and tired.

A few footballing Peacocks who think they are something special. Then it turns out all they can is to play football. Some of them not even able to read their contracts, which is why they need agents.