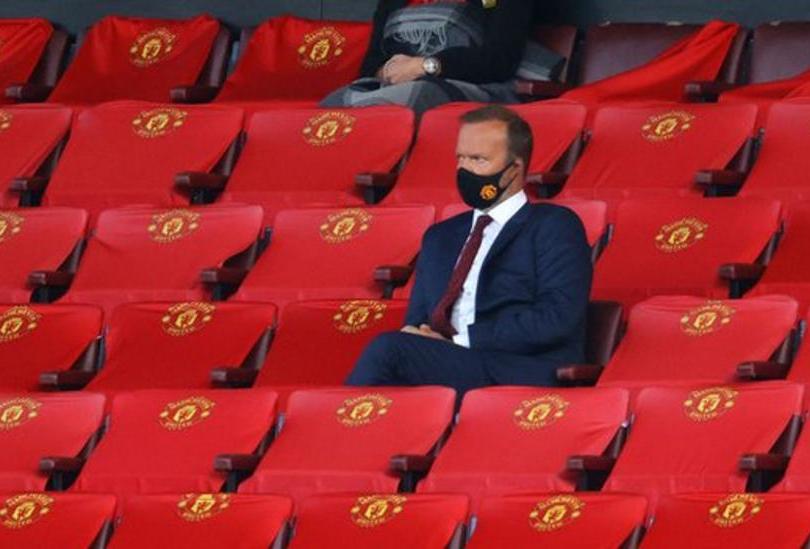 No surprise here I guess……

There must be times when Ed Woodward wonders how his job has turned out the way it has.

About 19:20 BST on Saturday might well have been one of them.

As Manchester United’s executive vice-chairman sat in the Old Trafford directors’ box watching Crystal Palace celebrate a second successive Old Trafford win and the best top-flight start to a season in their entire history, it will not have been lost on him that one of the chief architects of the Eagles’ 3-1 victory – double goalscorer Wilfried Zaha – is a player he sold.

He could not have imagined when he took the role in 2013, with the club champions of England, that days like this would exist.

Even before United kicked off their season against Palace, Woodward was in a tricky position.

Since the summer of 2019 he has presided over a net spend of £160m, which United believe to be more than any other major club in the world over the same period.

Yet he was still the target of an increasingly agitated supporter base dismissive of the figures, and the obvious financial impact of the coronavirus pandemic that costs United £5m in lost revenue every time they play a home game. He knew that Liverpool had just committed £65m to Thiago Alcantara and Diogo Jota. He was aware Tottenham were ready to confirm Gareth Bale’s return.

Woodward really needed United to start their season with a win. Not only did they fail, they were awful.

From his seat in the Sky television studio, former United skipper Patrice Evra was seething: “I’m burning inside. There’s so much negativity about the transfer window and the club have done nothing about it. I’m exhausted and it’s only the first day of the season.”

Ole Gunnar Solskjaer’s team selection was odd. Pairing Timothy Fosu-Mensah and Daniel James on the right when Aaron Wan-Bissaka and Mason Greenwood started on the bench weakened United. As it turned out, Fosu-Mensah was one of United’s better performers.

Throughout the side, United were poor – Anthony Martial and Marcus Rashford ineffective in attack, Paul Pogba and Bruno Fernandes shadows of what they can be in midfield, Harry Maguire and Victor Lindelof out-thought and outmanoeuvred at the back.

In fairness, as Solskjaer pointed out, even with a delayed start to their season United had only five days’ preparation time.

“Roy [Hodgson] said they had four friendlies and this was their third competitive game,” said the United boss. “It is a big difference to our one friendly against Aston Villa last week. You can see we are short.

“We need games, we need sharpness and time to get back to our best. We are going to get better but we are playing catch-up.”

In this, of all seasons, time to catch anything up is limited.

United go to Luton in the EFL Cup on Tuesday. If they win, they will not have a spare midweek until just before Christmas – and that is dependent on cup commitments.

The issue is more fundamental. United simply do not have enough good players.