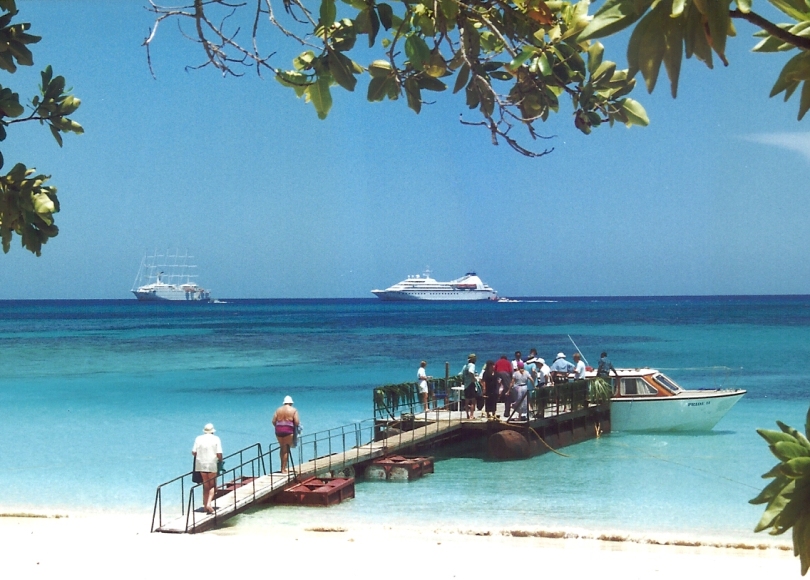 If you ever have been on a cruise, you will most likely know about the phrase “Tender Operation”. And you will remember this with not always the most happy memories. Although, many can find it interesting, by observing how the Crew perform this service. This can be the most smooth operation ever, or a very rough operation which will sometimes be stopped due to the safety of the Passengers and Crew, and equipment (and environment).

For those who never went on a cruise this can sometimes sound like a navy operation, since the word Tenders are also used there. A “tender” in the maritime environment can sometimes mean an auxiliary vessel of any size, which can help the operation of the main ship. The ship’s tender boats are used when the ship is at anchor. And with the increasingly number bigger ships in operation, fewer and fewer of the ports can accommodate them, thus the passengers must be transported shoreside by other means that the traditional gangway. Or gangplank, many of the passengers call it.

Let’s have a look at the tender boats out there, which I have been using. And as you might see, the size is dependent upon the size of the mother ship and amount of passengers they will shuttle shoreside, and back.

We are looking at some big type tender boats now, which is from my last ship, the M/V Marella Discovery 2. That ship carried 2000+ passengers, and 750 crew members as well. A floating town, or small city.

Sometimes there are local regulations which makes us use “local tender boats”. This can be due to Safety regulations (They know the area), or sometimes just pure commercial reasons. This is a mixed feeling, because it free up ship personnel (work force) who operates the tender boats, and the Tender boats are also used as lifeboats, so we don’t want anything to happen to them. But it can also be a very expensive experience since the locals dictate the price.

The slide show above, shows the Security Personnel in charge of the Tender landings, and screening people on and off the ship (and tenders).

This video (above) is taken when we arrived the tender landing in Portimao, Portugal. The Crew rigging the platform.

Sometimes when we are visiting an island and we all (cruise ships) must anchor off the port, it can become very crowded. When we were at anchor off Grand Cayman island, in the Western Caribbean, we could sometimes be 5-6 ships there at the same time. This means approximately 15 000 passengers and 5-6000 Crew members had to be shuttled back and forth with boats.

A couple of short videos below:

Above video: All the big Boys lined up and transporting people to and from the ships. Grand Cayman.

Above: Returning to the ship with a tender boat, from shoreside.

I also worked on cruise ships which could accommodate around 1800 – 1900 people in total, or 550 passengers plus crew. And the smallest ones did only take 212 passengers, with 175 crew members. The smaller cruise vessels are normally in the so called luxury segment of the industry. There is no doubt that working on smaller ships, you are much more involved in many big and smaller operations. And one of them is of course the tender operations. Have a look below.

The most demanding operation was without a doubt when I worked on the three small luxury cruise ships, The M/V Seabourn Pride, Seabourn Spirit, and Seabourn Legend. This because it took a lot more time and manpower for rigging than with the bigger ships, where the tender boats are actually the lifeboats and already hanging there, ready to be lowered. The smaller ones need to be taken out with special telescope cranes, etc. as the Pictures above show us.

Above: The island Kho Kood, Thailand.

And sometimes the smaller ships are anchored off a beach somewhere, and we need to perform a very special tender operation. A so called “Wet landing”. And this is not something the oldest and most fragile can participate in, unfortunately. Because we need to use the ship’s zodiacs, or RIBs, in order to land the people straight on the beach itself. This is a very stressful operation, as you can see one the next set of pictures.

I will finish with the feature image again, which is a lucky shot taken when we were at anchor in Fiji Islands, South pacific. You can see us, the smallest ship on the right hand side, at anchor. And the shoreside tender platform we used. It was a lot of swell actually, which can not be seen on the picture.

So there you go, something about the Tender operations we do when we work on the Cruise ships.

Happy sailing, and as always be safe. Especially these days.