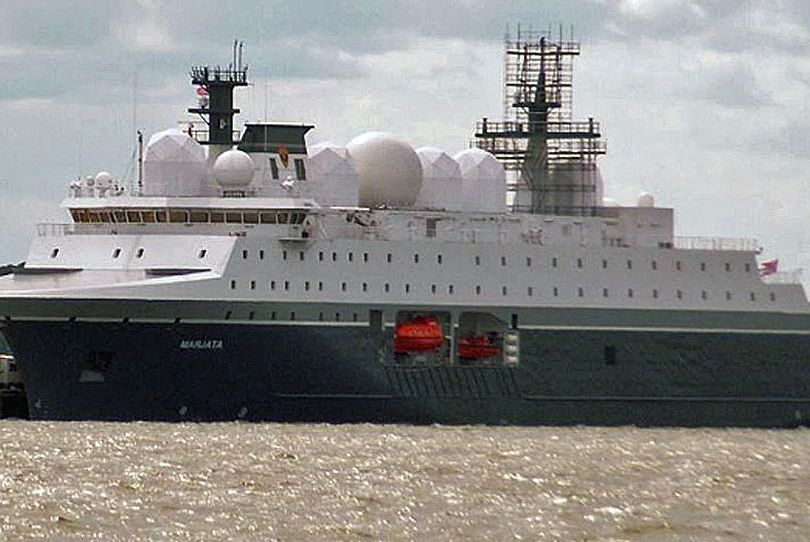 The “spy ship” Marjata, of one Norway’s most sensitive ships, will be maintained by Russians, after the sale of the Ship Engine company Bergen Engines.

The Marjata is one of the Norwegian Intelligence Service’s important tools in regards to keeping an eye and ear on the Russian activity on Natos’ northern flank, reports the newspaper E24. The engines are delivered by Bergen Engines, which is now sold to the Russian controlled company TMH International. They paid 1,6 Billion NOK for the company, located at Hordvikneset north of Bergen city.

As a supplier, Bergen Engines will also be in charge of the maintenance for the engines, according to a message sent to the Norwegian Prime Minister’s office.

“The engines on the vessel, which you are the very Godmother for, and which is both delivered and maintained by Bergen Engines’ new owners which I can see have connection to the Russian President. I think this is something which needs to be looked at, in order to see if this sale has a potential impact of national security.” ……According to an e-mail the Norwegian news paper E24 has managed to get hold of.

The e-mail about the planed sale of the company about the potential impact a Russian owned comapny should maintain parts of a Norwegian Spy ship, was sent det same day (in February) they announced the sale of Bergen Engines.

The Norwegian Royal navy is already among Bergen Engines’ biggest customers. The last Security Assessment report from The Norwegian Police Security Service, National Security Agency (NSM), and the Security services, are all concerned about foreign buyers of strategic infrastructure.

PS. This is not the first time a security incident like this has happened, as the Norwegian state previously sold the entire Naval Station Olavsvern Orlogsstasjon (OOS), in northern Norway, to a Russian company!

As a Norwegian citizen, I can not state enough how happy I am that my European version of a Banana-republic, still is a part of Nato. If not, we would have been a Russian province (like the Crimea) long ago.